Dr. Rebecca Abrams is a veterinarian in Berkeley. 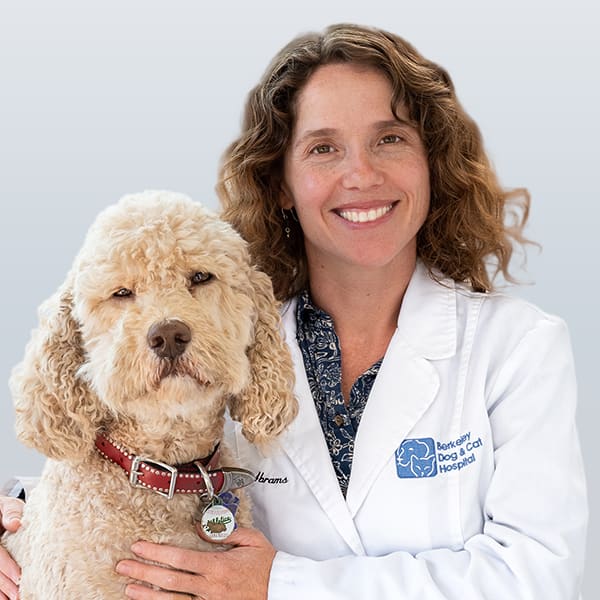 Dr. Rebecca Abrams grew up in northern California and then traveled to Chicago to obtain her bachelor’s from Northwestern University.   She received honors in Environmental Sciences for her senior thesis about invasive plants in the Sacramento-San Joaquin Delta.  While at Northwestern, she also studied Spanish and earned a varsity letter in cross country running.  She was awarded her DVM from the University of Minnesota in 2010 and was inducted into the Phi Zeta honor Society for her academic achievements.  She moved to the Bay Area to pursue an additional year of internship training at East Bay Veterinary Specialists and Emergency and has been practicing in the area since then.   She joined the team at Berkeley Dog and Cat in 2016. Dr. Abrams has a passion for general practice and really enjoys forming bonds with her clients and patients.  She has a special interest in geriatric care and internal medicine.